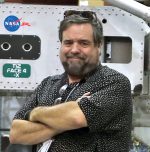 Genre
Authors, Speaker
Services Offered
Nonfiction Book Proposal Consulting
Most Recent Book Title
First on the Moon
Book Description
With a foreword by Buzz Aldrin, "First on the Moon" recounts toe remarkable journey of Apollo 11 to the first human landing on the moon. The book was published by Sterling Books, and was placed with a book proposal.
Additional Book Titles
"Space 2.0," "Interplanetary Robots," "Heroes of the Space Age," "Blueprint For a Battlestar," "Amazing Stories of the Space Age," "Destination Mars," "Destination Moon," "Mars: Making Contact," "Innovation the NASA Way," and seven others. Currently writing my third book for NASA.
Website #1
https://pylebooks.com
Amazon Page
https://www.amazon.com/Rod-Pyle/e/B001H6MYVO?ref=sr_ntt_srch_lnk_1&qid=1632187666&sr=8-1
LinkedIn
https://www.linkedin.com/in/rodpyleleadership/
Facebook
https://www.facebook.com/rod.pyle.12
Location (city/state/country)
Alhambra, California, USA
Author bio
Rod Pyle is a space author, journalist and historian who has authored 17 books on space history, exploration and development for major publishers and NASA that have been released in ten languages. He is the Editor-in-Chief for the National Space Society’s quarterly print magazine Ad Astra, and his frequent articles have appeared in Space.com, LiveScience, Futurity, Huffington Post, Popular Science, Caltech’s E&S magazine, and WIRED. He has written extensively for NASA’s Jet Propulsion Laboratory and Caltech, including Technology Highlights for NASA’S Jet Propulsion Laboratory. Rod co-authored and lectured for the Apollo Executive Leadership Program for NASA’s Johnson Space Center and The Conference Board. Recent titles include Space 2.0 (with a foreword by Buzz Aldrin), Interplanetary Robots, Heroes of the Space Age, and First on the Moon (also with a foreword by Aldrin), which is currently in its fifth printing. Rod’s previous Apollo books Missions to the Moon (foreword by Gene Kranz) and Destination Moon were republished in 2019. He is currently writing JPL's 2021 engineering yearbook and was recently commissioned to write on Apollo 11 by the Library of Congress.


Rod has also produced or consulted on a number of space documentaries for The History Channel, Discovery Communications and National Geographic. He also worked in visual effects on Star Trek: Deep Space Nine and the Battlestar Galactica reboot, as well as sci-fi TV pilots. Rod is currently a consultant on the NatGeo documentary on Tom Wolfe's iconic book The Right Stuff.

Rod appears on national radio and television, with regular slots on KFI/Los Angeles, and WGN/Chicago (both market leaders), as well as popular podcasts and radio in numerous other markets. Rod hosts a podcast called Cool Space News on iHeart Radio, and appears on PBS’s Between the Lines and C-SPAN’s Book TV regularly. He holds an MA from Stanford University and a BFA from the Art Center College of Design, and lives in Alhambra, California.

“You develop an instant global consciousness, a people orientation, an intense dissatisfaction with the state of the world, and a compulsion to do something about it. From out there on the moon, international politics look so petty. You want to grab a politician by the scruff of the neck and drag him a quarter of a million miles out and say, ‘Look at that, you son of a bitch.’” Edgar Mitchell, Apollo 14 astronaut after returning from the moon.