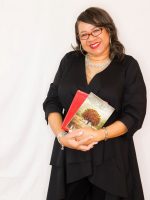 Genre
Authors, Publishing Industry Professionals
Services Offered
Ghostwriting, Proofreading, Editing
Most Recent Book Title
My Feet Are Off the Ground
Book Description
This book is about a young man who was accidentally shot and paralyzed at the age of 14. This is a story about his survival and how he went on to defy odds and live an extraordinary life as a corporate executive, real estate broker, clothing designer, and model. His story is one of perseverance, determination, and thriving in the face of adversity.
Additional Book Titles
The Bullet that Saved My Life
The Bullet that Save My Life: Reloaded

At New York University, I studied Public Relations and Corporate Communications in their Master’s program. I was given the dishonorable distinction of earning the Passive Voice award from a professor who kept me on my toes and forced me to step up my writing game to compete.

At the City University of New York’s College of Staten Island, I earned a bachelor’s degree with the highest honors in English as an undergraduate and earned a Master’s in Education specializing in English writing.

In the early ’90s, my first byline appeared in The Black Reign, a local newspaper with radical views that were deeply rooted in racial and gender equality. I wrote about things like the divide and bias that exists in the African-American community between light-skinned and dark-skinned people. That was where I unapologetically found my voice.

When I was let go/retrenched/laid off from my comfortable, well-paying, do nothing, boring, management job in 2005, I decided to intern at a dot-com. I interned at MediaBistro.com and contributed to their How-to-Pitch section where I interviewed editors and wrote articles about how freelance writers could pitch national magazines. That was an eye-opening experience, for sure.

The first book I published with my company SmartiePants Publishing in 2014 was my memoir, entitled Five Loves: Stories of Misguided Love, Lust, and Betrayal. This did not start out as a full-blown desire to write and publish a portion of my life’s story. I was going on an expedition looking for myself and not only did I find myself, but I found healing and self-love, and not a moment too soon.

My published book was met with amazing feedback and was given an award at the African-American Author’s Expo. One person emailed me to say, “I was on a six-hour flight from NY to LA and I read your book from cover to cover. I laughed, I cried, I grunted, I gasped, and I’m sure I annoyed my seatmate. Yet, when I landed, I was sad that your book ended. Thank you.” That was a game-changer.

I have written another book, that has yet to see the light of day, mainly because several people asked me to help them write their books. From those inquires, Helping Writers Write was born. Well, that and the hideously written, grammatical-error-laden manuscripts that arrived in my inbox. They have been a host of great stories that were not told well.

So, I decided to marry my love of writing with my desire to help people tell meaningful stories that change lives. To that end, I help writers transform their boring prose into a captivating, distinctive, inspiring manuscript for publication.

Tell your story; there is healing in that.