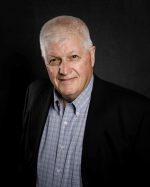 Genre
Authors
Services Offered
Author
Most Recent Book Title
Rampage along Route 66
Book Description
True crime story about a series of murders that began in Los Angeles' Griffith Park and continued across the western United States. When the dust settled after the murderer was taken out by the police in Bonnie and Clyde fashion in the badlands near Grants, NM four people had been murdered, including two Arizona highway patrolmen.
Location (city/state/country)
Olympia/WA/USA
Author bio
David Johnson grew up in northern Arizona along route 66. He witnessed the death of the old road as it was replaced by a modern interstate highway. His love of research comes from his years as a police detective. In addition to police work, he has been an airline pilot, he ran a non-profit organization that supported crime victims, and he was the manager of the wage and hour enforcement program for the State of Washington. He lives with his wife on a small farm in the Pacific Northwest along with several cows, a horse, a huge garden, and an acre of blueberry bushes.