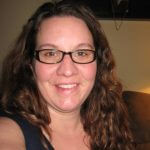 Genre
Authors
Most Recent Book Title
New Day: One Woman's Journey through Domestic Violence
Book Description
“I am a survivor of domestic violence and abuse, but I am also a teacher, a mother and a writer. Because of all the great support I got during my four plus years of abuse, I would like to give back. I have compiled a story of my experience, based on current research and my own personal journals and emails that I kept for the last two years of the experience, as recommended by my counselors at a local abuse center. I am looking for a way to get my work out there so maybe other women can benefit, and not feel so alone or quite so hopeless. There is little out there on the topic that is autobiographical, and yet, as a former victim, I can tell you that that is the very thing that abused women or men need, to convince them to get out. This story needs to be told. It not just mine, but the story of so many other women and children. Their voices need to be heard. It is meant to be a mirror, too, that might reflect back reality to a victim who needs that clarity to be sure what to do next.”

Additional Book Titles
The sequel to "New Day" called "Tomorrows" will be out April 10, 2015
Website #1
http://www.amazon.com/New-Day-Journey-Domestic-Violence-ebook/dp/B004CLYGJ4
Website #2
http://www.barnesandnoble.com/w/new-day-marcia-roberts/1113433268
Amazon Page
http://www.amazon.com/New-Day-Journey-Domestic-Violence-ebook/dp/B004CLYGJ4
LinkedIn
https://www.linkedin.com/pub/marcia-roberts-mikels/2a/a26/589
Twitter
https://twitter.com/scotchiesmom
Pinterest
https://www.pinterest.com/m_rbrts/
Location (city/state/country)
Northfield, New Hampshire, United States of America
Author bio
My journey started after my kids and I left their father, my husband of 17 years due to domestic violence and abuse. The last four years with him were really frightening as he became violent and was diagnosed with bipolar disorder. Since he refused to take medication and the violence escalated, I was forced to flee to another state with our five kids, ages 4 to 13 in an old pick up truck. The next three years we struggled to get help and protection from the legal system from their very angry father who had decided to devise new ways to punish us for leaving him. It was the worst experience of my life but has led me to my ultimate calling, helping other victims of domestic violence.

In 2009, I renewed my teaching certification (I have a BS in Elem. Educ., am certified to teach K-8 in NH) and in the process became very involved in research about the effects of domestic violence on children. As I researched and wrote the paper to re-certify, I realized two things: I had enough material for a book about our experiences, and I wanted to learn more. I found a publisher interested and started an online program through Argosy University for my MA in forensic psychology. My book "New Day: One Woman's Journey Through Domestic Violence" was published in 2010 and is now available as an eBook on itunes, amazon, and Barnes and Noble and in 2013, I graduated from Argosy and started the program at Walden University for my PhD in the same. I recently signed an agreement for a sequel to "New Day" which will be available April 10, 2015. It will be called "Tomorrows" and contains a lot of information for victims as they negotiate the legal system.

I come at this work from the perspective of one who has lived it. I have a heart and a passion to help other victims of this crime that runs rampant in our society. One out of every four women experience intimate partner violence. That means that everyone knows someone or has been there themselves. I currently offer my services as consultant to anyone who needs help. I work often without pay as these women and children have nothing just as we did, when they finally get brave enough to run away and often hide from someone who ought to have loved them but instead hurt and scared them. This job is the hardest and toughest but most rewarding job I have ever done second only to my main focus and job which is being a mommy to my eight kids. Along the journey I have picked up a few more! I have been happily remarried for two years and so now have two step kids. Bill (My hubby) and I also adopted a girl who was a friend of our kids and was from a domestic violence situation. All of us as a family have tremendous drive to help others stuck in this turmoil and also, to show them that there can be a happy, safe ending.