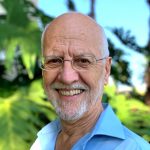 Genre
Authors, Speaker
Services Offered
Author; Speaker
Most Recent Book Title
Once Upon a Kentucky Farm: Hope and Healing from Family Abuse, Alcoholism and Dysfunction
Book Description
In the 1950s and ’60s, Americans placed faith in the idea of progress. However, the aftermath of WWII, with its echoes of trauma, played out in many families behind closed doors, including the Hogans.

Connard seeks harmony and escape from his parents’ marital conflict over his father’s binge drinking and physical abuse of his mother. He finds respite during visits to his maternal grandparents’ Kentucky subsistence farm, where life appears peaceful. There, he experiences unconditional love from extended family members and the exuberance of large family gatherings, and gains appreciation for nature and the rhythm of the seasons.

Over time, however, Connard is forced to grapple with his role in killing both domesticated and wild animals. In addition, family tragedies leave him no choice but to face issues of death and personal loss. Connard shines a light on the struggles of those living with trauma and encourages appreciation of the healing powers of unconditional love.
Website #1
https://www.connardhogan.com/
Blog
https://www.connardhogan.com/blog
Amazon Page
Amazon Book Page
LinkedIn
LinkedIn
Facebook
Facebook
YouTube
YouTube
Location (city/state/country)
Santa Barbara, CA, USA
Author bio
A child in the 1950s and ‘60s in one of Louisville’s suburbs, Highland Park, Connard struggled with his father’s alcoholism and resulting spousal abuse. As an escape Connard relished school and visits to grandparents, participated in sports activities and sets his sights on an engineering degree with hopes to become an astronaut. After dropping out of engineering school, as a result of underwhelming grades and myopia, and being drafted into the US Army, Connard served a one-year tour of duty in Vietnam. Following an honorable discharge, he received a BS in Sociology and then an MA in Marriage, Family and Child Counseling. As a licensed therapist, Connard worked twenty-five years in various settings treating alcoholics/addicts and those suffering major psychiatric disorders. An avid traveler, Connard has traveled the world and ascended numerous mountains. As a child of an alcoholic and abusive father, and a therapist treating drug/alcohol addiction, Connard understands the futility of co-dependent tactics, as well as the ravages wrought upon alcoholics/addicts and those with whom they interact. Married three times and divorced twice—though never as a polygamist—Connard believes that “third time’s the charm,” while he’s appreciative that suffering his adult-child-of-an-alcoholic temperament requires a spouse’s dedication.
Professional Speaker Topics
Public Speaking; Spirituality; Wisdom of the 12-Steps of Recovery; Drug/Alcohol Recovery; Trauma Healing.
Favorite Quote or Personal Motto

"Fear is a reaction. Courage is a decision." Winston Churchill