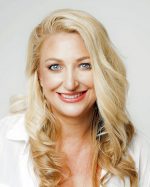 "An unforgettable thrill-ride that had me hooked from the first page. Secrets, lies, betrayal and passion." 5 Stars

It's one thing to discover your husband is not who you believe him to be.

It's another thing entirely to prove it.

The only question now, is how far he will go to protect his secrets.

From the INTERNATIONAL BESTSELLING AUTHOR of the award-winning Beyond the Grave paranormal romance series.

"Athena Daniels has spun a spell-binding story that is sure to seduce fans of suspense... Her compelling writing style coupled with elements of high drama and disturbing characters makes for an emotionally intense read. Athena Daniels has a new fan in me!" Readers Favorite, 5 Stars

"...a contemporary psychological thriller with a solid plotline which had me reading late into the night. I thoroughly enjoyed every word." 5 Stars, Readers Favorite

***One lie is enough to question all truths.

As I lie here in my front hallway, in the place where it all began, I wonder what would have happened if I’d never opened the door that afternoon?

Would she have gone somewhere else?

Would she have swept off in another direction, an alternative reality where our lives would never have crossed paths?

There’s a shadow standing over me. “I want you to die here, slowly and alone.” Her voice is cold, emotionless. “And I want you to use the time to think about what you did. And when you take your last breath, I want you to realize it’s all your fault. All of it!”

I drift in and out of consciousness and wonder if I had my chance to do it over again, if I had the choice, would I choose not to open the door that day?

Even after everything, I know that I would. I’d go through it all again, and then some, if it meant the chance to be with Zach just one more time…

***An unforgettable Romantic Thriller that is impossible to put down.

The Seer’s Daughter was the solo Medalist Winner in the Suspense/Thriller category of the 2016 New Apple Annual Book Awards for Excellence in Independent Publishing.

Girl Unseen and The Seer’s Daughter are both 5-star Top Picks at The Romance Reviews.

Athena is a professionally trained book and publishing coach and is passionate about helping writers publish quality books that inspire and make a difference.

She has a natural curiosity about the “more” there is in life and holds several qualifications in metaphysics and natural therapies. She is a neuro-linguistic programming (NLP) practitioner, life coach, and feng shui specialist.

Athena lives on the northern beaches of sunny Western Australia but works with her coaching clients internationally.