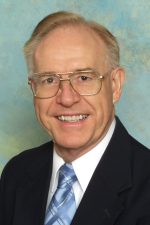 Genre
Authors
Most Recent Book Title
The Vegetable Grows and the Lion Roars: My Peace Corps Service
Book Description
The Vegetable Grows and the Lion Roars: My Peace Corps Service is a memoir about author Gary Lindberg's experiences as a Peace Corps Volunteer in the Ivory Coast, Africa in the 1960's. This powerful book offers a fascinating glimpse into what it was like to be a Peace Corps Volunteer in the early days of the program. This one-of-a-kind memoir presents how he decided to apply for the opportunity, how he trained, his project, the daily life activities, and the friends he made while he was there. He also shares highlights from the travels he took when on vacation breaks, such as his experience on a safari and his visit to the legendary city of Timbuktu. Get ready for first-hand insight into a truly extraordinary experience!
Additional Book Titles
God's Existence: Truth or Fiction? The Answer Revealed
Website #1
https://garyrlindberg.com
Blog
https://garyrlindberg.com
Amazon Page
https://www.amazon.com/Vegetable-Grows-Lion-Roars-Service-ebook/dp/B09PVPSQSQ/ref=sr_1_1?qid=1642540773&refinements=p_27Gary+R.+Lindberg&s=digital-text&sr=1-1&text=Gary+R.+Lindberg
LinkedIn
https://www.linkedin.com/feed/garyrlindberg
Facebook
https://www.facebook.com/garyrlindberg
Twitter
https://twitter.com/home/garyrlindberg
Instagram
http://gary.lindberg123
Location (city/state/country)
Hayward, CA, USA
Author bio
Gary R. Lindberg is a graduate of the University of California, Berkeley with a degree in U. S. History during the hectic days of the Free Speech Movement. He responded to Peace Corps Director Sargent Shriver’s call to volunteer. However, after graduation, to avoid the draft, he started to take steps to enter the Air Force until he received his invitation to join the Peace Corps. After his service, he entered the Navy instead of accepting his draft notice, went to San Francisco State University to get his Master of Business Administration (MBA) degree, and began a forty-three-year career in human resources. This book comes out following the sixtieth anniversary of the Peace Corps.
Favorite Quote or Personal Motto