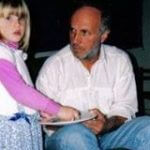 Genre
Authors
Most Recent Book Title
The Mystery of Granny's Ghost
Book Description
What is this true story? A magic carpet ride into the unknown? A spiritual journey? A romantic adventure? A true mystery that led me a merry chase across 5 countries? An exercise in genealogical research leading back 200 years? True drama on the High Seas? The case of an unsung hero from the early British settlement of Australia? Confrontation between the early settlers and a fearsome maori chief? The clues to an illegitimate, perhaps legitimate, child of the Prince of Wales, heir to the throne of England? The plight of the inhabitants of London's overcrowded jails who were transported to a new colony in the antipodes to start a hard new life in a new land inhabited only by the aborigines? Of one escaped convict's life among the aborigines for 60 years? Of a granny who was around 17 years after she had died, who could only have been a ghost? Or of the author, bankrupt, homeless, friendless, penniless and unemployed, who settles down to write his story, full of more twists and turns than fiction.

Additional Book Titles
What They Didn't Tell Us About Life
Notebook For Charli
Fairy Hills: A Memoir
Website #1
http://neilwjsmith.com
Website #2
http://grannysghost.wordpress.com
Blog
http://aspiritualadventure.wordpress.com
Location (city/state/country)
Portarlington, Victoria, Australia
Author bio
As a school boy I decided to write and type on my Dad's office Remington with 2 fingers and finally published a single copy newsletter for my class noticeboard. That led me into a career in the fast lane, namely, advertising. Then I went freelance which was followed by bankruptcy. I retreated to the hills to lick my wounds, living in poverty with nothing in a friend's old caravan parked outside her home in the Aussie bush. I couldn't have possibly known that this awful event would kick start my real non-fiction writing career. My life suddenly took off like a roller coaster, and I was on a kind of magic carpet ride (forgive the mixed metaphors) around the world on some amazing adventures. And my first book. Now I have the taste of writing and self publishing and there's no looking back.
Favorite Quote or Personal Motto