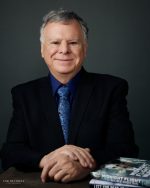 Genre
Authors
Services Offered
Authoring biographies and memoirs
Most Recent Book Title
Midnight Flight to Nuremberg
Book Description
The 2021-2022 Non-fiction Book of the Year. The autobiography of a C-47 “Dakota” pilot and instructor, First Lieutenant Harry E. Watson, Jr, USAAF., "Midnight Flight to Nuremberg: The Capture of the Nazi who put Adolf Hitler into Power" by journalist and biographer Marcus A. Nannini is the fascinating story of an American pilot who earned three Air Medals, seven Battle Stars and flew twenty-seven combat missions during the Second World War. It is an emotional roller coaster of explosive events.
Additional Book Titles
Left for Dead at Nijmegen, Non-fiction Book of the Year.
Website #1
https://chameleonsthebook.com/midnight-flight-reviews/
Website #2
https://chameleonsthebook.com/marcus-a-nannini-2/
Amazon Page
https://www.amazon.com/Marcus-Nannini/e/B06WP2MLJF
LinkedIn
https://www.linkedin.com/in/marcus-a-nannini-65b949160/
Location (city/state/country)
Tucson, Arizona, USA
Author bio
MARCUS A. NANNINI
In the sixth grade, Mr. Nannini began his writing career publishing a newspaper. His parents did not have a copier, so he charged 25 cents per school quarter for the privilege of reading the only hand-written copy of each edition. The newspaper was a modest success and planted the seed he might one day make a living through writing.

He was a paid newspaper reporter during his undergraduate years and worked three semesters as the Research Assistant to journalism professor Richard Stocks Carlson, Ph.D. Carlson advised him to write as if his readers have an 8th-grade education or less because he had failed to do so in his only published book, The Benign Humorists, resulting in disappointing sales.

Nannini is a life-long history buff with a particular interest in World War II and the Japanese attack on Pearl Harbor. He once discovered an error in his fifth-grade history book concerning the attack, which the publisher subsequently corrected. His first novel, Chameleons, An Untold World War II Story, was well received and awarded “Best Thriller” by International Thriller Writers.


Nannini’s second work, Left for Dead at Nijmegen, the True Story of an American Paratrooper (Casemate Publishers, Oxford, UK, and Philadelphia, PA), received plaudits from around the world, has been placed in the United States National Archives, and was named 2019 Nonfiction Book of the Year. 2020 IAN Best Nonfiction Book of the Year-History Category. Sir Charles, Prince of Wales, owns a copy.

Nannini’s third work, Midnight Flight to Nuremberg, the Capture of the Nazi who put Adolph Hitler into Power, was released in the UK and EU on September 17, 2021, by Pen & Sword Books (Yorkshire, United Kingdom, and Philadelphia, PA) and the USA and Canada in November 2021. On March 7, 2022, Midnight Flight was awarded the Overall Grand Prize for Nonfiction, 2021-2022.

Nannini is presently working on the biography of an impoverished Italian immigrant who rose to a Captain of Industry and International Philanthropist. The anticipated publication date is the fourth quarter, 2023.