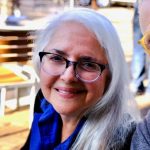 After moving to Tucson, and for more than five years, Monica directed the Folk Arts pavilions for the Tucson Meet Yourself festival. For two years, Monica was managing director for a Foothills age-in-place nonprofit called SNAP. She currently is a contributing writer to BizTucson and has written for national magazines including Better RVing, AAA Via and Taproot magazines.