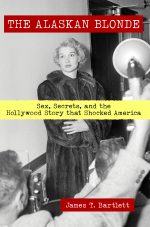 Genre
Authors, Speaker
Services Offered
Writer, Journalist, Researcher, True Crime Expert
Most Recent Book Title
The Alaskan Blonde: Sex, Secrets and the Hollywood Story that Shocked America
Book Description
Cecil Wells was a wealthy businessman was who murdered in Fairbanks, Alaska in October 1953.
His younger, blonde wife wife Diane - and her lover, Black musician Johnny Warren - were indicted for the crime, and this book reexamines the FBI/police investigation, interviews living family members, uncovers new evidence, and looks again at a case that was a huge scandal in Jim Crow America.
The case made the pages of Life, Newsweek, Jet and the detective pulp magazines, and was a rare story from then-territorial Alaska that hit the headlines around the world.

Life was more exciting when you could buy poison at every corner store....