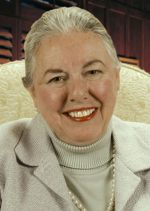 Genre
Authors, Speaker
Services Offered
Consultation, Coaching, Training for Personal Growth
Most Recent Book Title
"The Dream Belongs to the Dreamer"
Book Description
A concise hands-on, how-to, step-by-step guide to understanding your dreams.
Location (city/state/country)
St. Petersburg, FL, USA
Author bio
Velva Lee Heraty, MSW graduated from Loyola University, Chicago in 1985 with a concentration in Clinical Social Work specializing in family systems. She received her Illinois State licensed the same year in both clinical social work and addictions. In June 1988 Velva received her certification as a depth-psychologist from the C.G. Jung Institute, Evanston, IL with a focus on dream analysis. She opened a private practice in 1987 and became a clinical trainer in 1989 specializing in addictions, dream processing, and advanced communication skills. After the 9/11 terrorist attack on the Twin Towers, Velva volunteered to be a weekly resource for the National Nightmare Hotline created due to that traumatic event. Since 1988 she has presented at nearly 300 conferences, seminars and workshops in eight different countries. Velva has written eleven research and white papers and her book, "The Dream Belongs to the Dreamer," has received consistent five-star reviews on Amazon.com.
Velva was a radio show host for five years broadcasting live weekly on Life Improvement Radio. Her show, "Let's Talk Life!" specialized in interviewing people from the areas of interest that contributed to wellness and personal growth. Her two featured series, Life After Cancer and Life After Addiction, moved people to action and positive change.
As a former photojournalist, she wrote a column for five years in "Chicago Women" Newspaper titled "Leveling the Playing Field: Communication Skill Building for Women" and another column for "Creative Loafing" Newspaper in St. Petersburg, Florida for three years responding to dreams submitted by readers. She loves photography, sailing, the NYTimes Spelling Bee, and her two little panthers, Scarlett and Rhett.
Professional Speaker Topics
Dreams
Addictions
Advanced Communication Skills
Favorite Quote or Personal Motto

Albert Einstein: "If you can't explain it simply, you don't know it well enough."