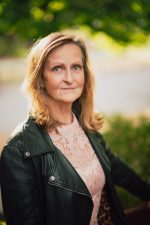 Genre
Authors
Most Recent Book Title
Transition Thunderstorms
Book Description
A collection of poems from inside the mind of someone having a series of unexplained strokes and other life events soaking you to the bone.
Website #1
Beth Bonness, poet, writer and photographer curious about thought echoes especially since her stroke recovery
Location (city/state/country)
Portland, OR USA
Author bio
Beth Bonness, the eldest of six girls, grew up in Milwaukee, Wisconsin. She moved to the Pacific Northwest with her computer science degree and her husband (41 years and counting), where they raised their three daughters in Portland, Oregon. She fell in love with the beach and enjoyed climbing Mt. Hood, once. After 30 years working in product development and marketing (and one too many acquisitions), she said "good-bye" to high-tech corporate culture … to write. Her poems have appeared in The Timberline Review, Typehouse Magazine, Friday’s on the Boulevard, and the newly released debut chapbook Transition Thunderstorms by The Poetry Box. Her short film script Entanglements was a finalist for Get It Made Season 7, and two of her short film scripts made it to the Willamette Writers FiLMLaB quarterfinals. She is currently working on a post-stroke memoir about saving a 100-year-old mansion with her husband, and a psychological thriller screenplay about sub-conscious personalities. She lives in Portland, Oregon with her husband and writes early in the morning before she wakes up too much.

“Since my strokes, a piece of me still hovers over my right shoulder keeping a portal open so I never forget not being able to express myself with words that made it out of my head.”
Favorite Quote or Personal Motto

Embrace the ambiguity of the unfinished answer.