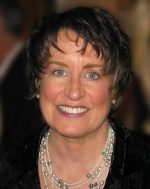 Genre
Authors
Most Recent Book Title
3,000 Pulses Later: Surviving Depression Without Medication
Book Description
3,000 Pulses Later describes how Martha Rhodes, a successful advertising executive, wife and mother with a seemingly ideal life succumbed to depression with an unsuccessful suicide attempt. The memoir describes her challenges with untreated, drug-resistant depression and her struggle to find an alternative to the drugs that filed to relieve her symptoms.

After a grueling stay in a psychiatric ward and many months of trial-and-error medications, Rhodes pursued TMS, Transcranial Magnetic Stimulation--the FDA-cleared, safe, and proven-effective alternative to traditional depression therapies.

3,000 Pulses Later shares how her road back to health with TMS returned her to a better place than where she began. She now manages her depression with TMS, and without the side effects attributable to antidepressant medications.
Website #1
http://www.3000pulseslater.com
Facebook
http://martharhodes@facebook.com
Twitter
http://@marthaerhodes
Location (city/state/country)
Danbury, CT, USA
Author bio
Martha Rhodes spent over twenty-five years working in several major New York advertising agencies as a senior-level executive. Martha currently devotes her time to patients and health care professionals throughout the United States and the United Kingdom as a TMS Patient Advocate (Transcranial Magnetic Stimulation). She is on the Patient Advisory Council of the ISEN (International Society for ECT and Neurostimulation) and is a member of NAMI (National Association for Mental Illness). She has run several TMS support groups for patients either considering TMS therapy, or who were in process or have completed TMS.

As a published author and patient advocate, Martha has appeared on ABC-TV, The Daily BUZZ TV, Fox News TV, and Sirius Radio. She has written articles about TMS for online and offline media such as CNN.com, The Saturday Evening Post Online, HealthyWomen.org and TMS Neuro Health Centers. She recently returned from a series of presentations in the United Kingdom where she spoke in Wales and at the University of Nottingham Institute of Mental Health’s official TMS launch that was attended by patients, members of the UK National Health Service, and researchers from Nottingham, Oxford, and Cambridge Universities.

Martha’s book, 3,000 Pulses Later: A Memoir of Surviving Depression Without Medication, is in its fourth printing and has been featured in The New York Times, Psychology Today and U.S. News and World Report.

She is a graduate of Emerson College in Boston and has done postgraduate work at Harvard University as well as The School of Visual Arts in New York. Martha lives in Danbury, Connecticut with her husband of thirty-eight years and their rescue dog, Josie. They have two grown children and three grandchildren.

"You do not have to sit outside in the dark. If, however, you want to look at the stars, you will find that darkness is necessary. But the stars neither require nor demand it."

(Annie Dillard, Teaching a Stone to Talk: Expeditions and Encounters)