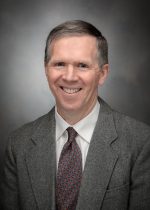 Genre
Authors
Most Recent Book Title
Greene and Cornwallis in the Carolinas: The Pivotal Struggle of the American Revolution, 1780-1781
Book Description
The story of the Revolutionary War in the Northern colonies is well known but the war that raged across the South in 1780–1781—considered by some the “unknown Revolution”—included some of the most important yet least studied engagements. Drawing extensively on their letters, this book follows the campaigns of General Nathanael Greene and Lord Charles Cornwallis as they fought across the Carolinas, and offers a compelling look at their leadership. The theater of war in which the two commanders operated was populated by various ethnic and religious groups and separated geographically, economically and politically into the low country and the simmering backcountry, setting the stage for what was to come.

Jeff is a graduate of the University of Maine and the University of Connecticut and is a retired teacher of American history and World Geography at the Brookline Public Schools, Brookline, Massachusetts. He has also written several articles dealing with various aspects of the American Revolution, the Civil War and World War II in various historical publications.

"Make the most of yourself—for that is all there is of you." —Ralph Waldo Emerson