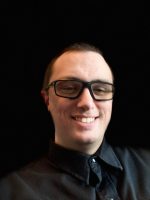 Genre
Authors
Most Recent Book Title
Nagorno-Karabakh: A Reassessment of the Armenian-Azerbaijani Conflict
Book Description
The Azerbaijani attack on the de facto independent Republic of Artsakh (formerly the Nagorno-Karabakh Republic) in September 2020 shattered the illusion that this conflict is “frozen.” The forty-four-day war in 2020 was the bloodiest outbreak of violence over the separatist region since the conflict began in the late 1980s and threatened to embroil Turkey and Russia in a dangerous proxy war in the volatile South Caucasus. Despite the publication of several works on the conflict since the 1990s, many aspects of the conflict remain poorly understood or distorted in Western scholarship due to US-NATO political influence. Are the origins of the conflict found in Soviet nationalities policy and Joseph Stalin’s divide-and-rule methods? Do the Armenians in Artsakh have a right to self-determination as enshrined in treaty and customary international law? What role do Russia and Turkey have in the conflict? Did Kosovo’s 2008 declaration of independence establish a precedent for Artsakh and other separatist states such as Abkhazia and South Ossetia? By breaking with the dominant US-NATO political paradigm, this book strives to answer these and many other questions to provide a long overdue reassessment of the Armenian-Azerbaijani Conflict.
Website #1
https://tjpetrowski.com/
Author bio
T. J. Petrowski is an independent political scientist and researcher specializing in Marxism, imperialism, international law, and ethnic and secessionist conflicts, focusing on the former USSR, Central Asia, Afghanistan, and the Caucasus. His work has been cited or published in various newspapers, magazines, and NGOs, including People’s Voice, Rebel Youth, CounterPunch, the Centre for Research on Globalization, Dissident Voice, Tesfa News, and Press TV. He is the author of the book Nagorno-Karabakh: A Reassessment of the Armenian-Azerbaijani Conflict. He lives in Winnipeg, MB, Treaty 1 territory, with his wife, their Ball Python named Penny, and their library of over 1,500 nonfiction books.
Favorite Quote or Personal Motto

When one individual inflicts bodily injury upon another such injury that death results, we call the deed manslaughter; when the assailant knew in advance that the injury would be fatal, we call his deed murder. But when society places hundreds of proletarians in such a position that they inevitably meet a too early and an unnatural death, one which is quite as much a death by violence as that by the sword or bullet; when it deprives thousands of the necessaries of life, places them under conditions in which they cannot live – forces them, through the strong arm of the law, to remain in such conditions until that death ensues which is the inevitable consequence – knows that these thousands of victims must perish, and yet permits these conditions to remain, its deed is murder just as surely as the deed of the single individual; disguised, malicious murder, murder against which none can defend himself, which does not seem what it is, because no man sees the murderer, because the death of the victim seems a natural one, since the offense is more one of omission than of commission. But murder it remains.
- Friedrich Engels