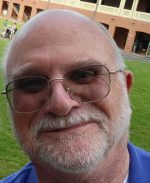 Genre
Authors
Most Recent Book Title
Lost Roots: Family, Identity, and Abandoned Ancestry
Book Description
Twentieth-century junk science and tribalism defined a family's identity and falsified their orgins story. How they sought with mixed results to survive a half-century of virulent nativism, war, revolution, occupation, and repression as citizens of three different countries: Germany, Poland, and America.
Website #1
https://www.karlvonloewe.com/
Amazon Page
https://www.amazon.com/Lost-Roots-Identity-Abandoned-Ancestry-ebook/dp/B0B57QYT41/ref=sr_1_1?crid=29C6WTZ9HKPRZ&keywords=lost+roots+family+identity+and+abandoned+ancestry&qid=1666211443&qu=eyJxc2MiOiItMC4wMiIsInFzYSI6IjAuMDAiLCJxc3AiOiIwLjAwIn0&sprefix=aps52&sr=8-1
Facebook
https://www.facebook.com/KarlvonLoeweAuthor
YouTube
https://www.youtube.com/channel/UCurgknPMpjZ3cmjHuXsSomg
Location (city/state/country)
Somerset, NJ, U.S.
Author bio
Karl von Loewe grew up in Minneapolis, Minnesota. Having earned a Ph.D. in history, during his career in the academic world Karl von Loewe’s book and articles were published in the United States, Canada and Europe. He taught history at the college level for a decade before becoming a Realtor. He was a successful salesperson, trainer and manager and was active in leadership and governance. As a trained mediator and arbitrator, he resolved monetary conflicts and professional standards issues involving Realtors. He has lived and travelled widely in Russia and eastern Europe as a student, researcher and genealogist. His many publications include not only academic articles, but most recently studies in family genealogy. He lives in New Jersey with his wife, Judy.
Professional Speaker Topics
Eastern European history and genealogy.
Favorite Quote or Personal Motto