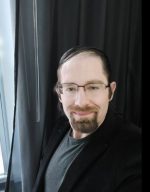 Genre
Authors
Most Recent Book Title
Front Porches to Front Lines
Book Description
World War One and the 1918 Influenza Epidemic. Two events which will always define the 1910s, a decade which saw great political and social change; a long list of disasters and a realignment of the global stage, something which would help define many of the subsequent events of the twentieth century. When the United States declared war on Germany on April 2, 1917, it was just the first of two major calamities which would in someway impact just about every American man, woman and child during the latter half of the 1910s. The second of these wars, the Spanish Influenza of 1918, came right on the heels of the Great War’s conclusion on November 11, 1918 as many of the returning soldiers came home with the influenza virus, having caught it either in Europe or sometime during the journey home from France. Front Porches to Front Lines tells the story of how the citizens of one small New England town, came together to confront these two wars and in doing so became one of the most generous towns when it came to contributing to the war effort in the form of Liberty Loans, war gardens and war supplies as well as dozens of soldiers, Red Cross nurses and civilian workers, such as machinists.
Additional Book Titles
Coffee Shop Musings
Amazon Page
https://www.amazon.com/stores/Simon-I-Perlsweig/author/B07KL2TYCV?ref=ap_rdr&store_ref=ap_rdr&isDramIntegrated=true&shoppingPortalEnabled=true
LinkedIn
https://www.linkedin.com/in/simon-perlsweig-a2b39039/
Facebook
https://www.facebook.com/siperlsweig32/
Location (city/state/country)
Atlanta, GA
Author bio
I am a historical writer and researcher who published my first book, Front Porches to Front Lines, a historical memoir of World War One and the 1918 Influenza Epidemic. Given the topic of my book and the year it was published, I chose to have the book released on November 11, 2018, to coincide with the 100th anniversary of the signing of the Armistice and the end of the Great War.

I’ve always enjoyed writing and after completing an associate’s degree followed by an unsuccessful attempt at being an architectural draftsman, I re-enrolled at the University of Connecticut, with the intention of finishing my bachelor’s in American Studies. With the desire to do something other than traditional coursework and upon finding a family letter which talked about Armistice Day in 1918, I chose to take on an independent study project. The result of this project was a comprehensive academic essay which would be expanded on a couple semesters later and turned into a book a couple years after that.

The greatest things about being a writer are the incessant learning and discovery which comes with all the research one needs to do when writing a book. There is also a tremendous sense of satisfaction which one has upon seeing their book get closer to closer to being a finished product. Being a writer is also something which keeps one of their toes at all times from the very first bit of research to going through the final set of changes and corrections with one’s editor and publisher. Having a team of interested and supportive individuals around you makes the process that much more enjoyable. I also find it good to write in more than one genre, in my case history and poetry because that second genre very often serves as an antidote when one has a case of writer’s block with their main genre