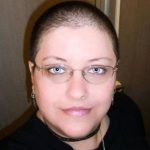 Genre
Authors
Most Recent Book Title
Change Your Name And Disappear
Book Description
IN DOMESTIC VIOLENCE, THERE ARE NO RULES.

Martial arts student. Successful career. Happy. Healthy. Everything in Tammy’s life was great until the day her martial arts instructor Steve asked her on a date. Their whirlwind romance took her to a place only dreams are made of. But within a year of moving in with him, being instructed to give up her martial arts training, quit her job, change her religion, stop seeing her friends and family, she quickly realised that not all people are what they seem to be. Her life became one of violence, beatings, imprisonment, miscarriages… until the birth of her son. At two weeks of age, he almost died at the hands of his father. Out of fear and desperation, Tammy took her son and left.

Peace did not follow. Steve would visit, constantly drunk and full of rage. After she adopted a kitten without his permission, he realised she was never coming back to him. Then her baby died. Steve had instigated a no-fail plan to bring her home and committed a heinous crime that forced her to go to the police, begging them for help. When police advised her that they could not get involved, she did her own investigating and found the evidence needed.

When arrested, Steve told police in no uncertain terms that if he ever sees her again, he will kill her. On her doorstep, the police advised her to urgently change her name and disappear. She complied.

Nine years later, Steve tracked her down and the injuries he inflicted were so severe, she was left profoundly Deaf and legally blind. Now living in a new country under a new name, this is her story.
Additional Book Titles
CATHOOD: How to be the perfect Cat

Once Upon a Karma
Website #1
https://www.facebook.com/rosiemalezer
Website #2
https://www.goodreads.com/cadiche
Blog
https://rosiemalezer.wordpress.com/
Amazon Page
http://amzn.to/1iiyosm
Twitter
https://twitter.com/rosiemalezer
Location (city/state/country)
Finland
Author bio
A domestic violence survivor, Rosie Malezer was born in 1971 in Queensland, Australia. She is a profoundly Deaf, legally blind Australian Aboriginal author, writer and blogger (thanks to her incredibly fast touch typing skills) and a proud member of the Gubbi Gubbi tribe. Gubbi Gubbi Country is situated on the Sunshine Coast in Queensland.

Rosie's father - a retired military police officer of the Royal Australian Navy - trained her in the usage and safety of various guns at a very young age. Although she enjoys target shooting, Rosie is strictly against the idea of hunting for fun; her belief being that unless you need to hunt an animal for food and clothing in order to survive, animals should be treated with respect and left to live in peace.

Now an author with a wonderful and supportive husband, Rosie dedicates all of her spare time promoting awareness of issues relating to domestic violence as well as the extreme racism towards the Original Peoples of Australia by the Australian government. She also does whatever she can to remove the communication barriers between the Deaf and Hearing people of the world.

It's ironic that it was not until I lost my hearing that I finally found my voice. Sign language saved my soul. (Rosie Malezer - 2015)