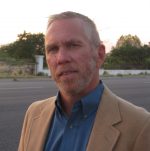 Genre
Authors
Most Recent Book Title
Exploring & Reveling in the Kybalion
Book Description
An exploration, reveal and study on the Hermetic Philosophy.
Additional Book Titles
The End of Season
Live by the Gun
Mind Your Business
Website #1
http://www.macspeakson.life
Blog
http://yomamatoo.blogspot.com
Facebook
https://www.facebook.com/mike.mac.56679
Location (city/state/country)
Tombstone, Arizona
Author bio
Born in the heart of Americas mid-West, Mac lived a hopeful and typically American life including Wartime Service as a Submarine Navigator in the United States Naval Submarine Force. His life inexorably changed by family mental illness, over a short time Mac perceveired as a successful small business owner in Seattle and semi-retired at the age of 48 to a life of Travel, Writing, Adventure and Reflection.
While traveling with his Deaf son in 2012 Mac was attacked and repeatedly shot with a gun by a mentally disturbed man high on drugs. Through this horrifying experience he gleaned a knowledge of life and death few have come to know. Thankfully todays modern technology was able to save Macs life and bring him back from the ether. This terrible event though tragic, set in motion the path of sharing his life now takes.

Currently Living in South East Arizona Macs earned writing credits include articles for several Blogs and varied outdoor periodicals as well as being the Author of half-a-dozen books of his own.
He now spends his time writing, in private council and sharing through public speaking on his life experience and the knowledge of our world he has learned.
Professional Speaker Topics
- Bereavement Counsel for those left behind
- Life Counsel to help relieve our fear of death holding us back
- Death Counsel for those about to go, What Comes Next & How
- The American Centralist Mindset and Intellectual Morality
- Americas Politics, Media & Freedoms under modern Capitalism
- The Hermetic Philosophy and its Principles
- Deaf Life for the Hearing
Favorite Quote or Personal Motto