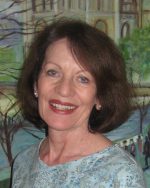 Genre
Authors
Most Recent Book Title
The Therapist Writer
Book Description
Getting a book published is the quickest way for a mental health professional to become known as an expert. This is a step-by-step guide for therapists to make their book idea into a completed manuscript. Getting Published is Good for Business – No Matter What Business You’re In

Sylvia Cary, LMFT, is a licensed psychotherapist specializing in addiction. She is the author of four traditionally published books (It Must Be Five O'Clock Somewhere; Jolted Sober; The Alcoholic Man; and Women Celebrate Long-Term Sobriety), five produced educational videos and dozens of articles which have appeared in national magazines (mostly on addiction and other mental health topics). She was awarded the Clark Vincent Award by the California Association of Marriage and Family Therapists to honor her literary contributions to the mental health profession.

Also a screenwriter, Sylvia has served as the Director of Marketing for the Scriptwriters Network. She won first prize (for features) in the Carl Sautter Memorial Scriptwriting Competition for her historical script, THE LADIES WAR, which was optioned by a Los Angeles production company. Since the early 1990’s, she has been writing screenplay analysis (“coverage”) for a Los Angeles movie distribution company. She has taught classes on psychology, writing, and addiction, has been a repeat guest lecturer at the Betty Ford Center, and was on the Advisory Board of Men's Fitness magazine for over a decade as a specialist in addictive behavior.

She has a “book-doctor” business called which focuses on helping psychotherapists and others in the healing professions get published, her new favorite topic. In 2010 she started her own small publishing company, Timberlake Press (www.TimberlakePress.com). The company's first publication was CHARLIE & ME. By Harriett Bronson, a memoir by the first wife of the iconic Hollywood actor, Charles Bronson. Next published was the mystery comedy, COUNTERFEIT LOTTERY, by forensic psychologist, Stefanie Stolinsky, Ph.D., and most recently her own book about writing called THE THERAPIST WRITER: Helping Mental Health Professionals get Published, winner of the Beverly Hills Book Awards in the category of writing and publishing. She was married for 28 years to a Danish-born computer programmer, Lance Wolstrup, who died January 2, 2013 . She has two adult daughters. Her blog is www.TheTherapistWriter.Wordpress.com.