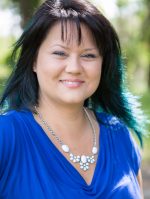 Genre
Authors
Most Recent Book Title
Mini-Handook for Jackasses: Communication and Relationships
Book Description
(Book 1) - A fast read, Mini-Handbook for Jackasses: Communication & Relationships covers topics including the Golden Rule myth, listening skills, social media landmines, and freedom of speech in less than 100 pages. It explores how we humans now use technology as a substitute for the other humans in our lives. Instead of communicating with the real version, we have become accustomed to communicating with the screen version. Thus, the deterioration of interpersonal communication skills and the rise of the jackasses. You know who they are. They’re everywhere. You just might even be one of them. If you plan to give this book as a gift, go ahead and grab one for yourself while you’re at it.
Website #1
http://www.communicationtwentyfourseven.com
Blog
Communication TwentyFourSeven
Amazon Page
http://amazon.com/author/jenniferarvinfurlong
LinkedIn
https://www.linkedin.com/in/jennifer-furlong-16779a5a
Facebook
https://www.facebook.com/communicationtwentyfourseven/
Twitter
https://twitter.com/speechteach912
YouTube
https://www.youtube.com/user/ProfSpeechTeach
Location (city/state/country)
Richmond Hill/GA/USA
Author bio
Jennifer Arvin Furlong was born and raised in Augusta, Georgia. At the age of 18 she joined the U.S. Marine Corps where she became the first woman Marine to serve as editor for the Quantico Sentry newspaper and to be awarded the Sergeant Major Dan Daly Award. She was also awarded Best Feature Writer by the Marine Corps Combat Correspondents Association. After the Corps, Furlong worked in the communication industry and mainly focused on community relations, writing, and editing. She earned a B.A and M.A. in Communication from George Mason University. She stumbled into her second career in higher education during her graduate program due to a chance teaching opportunity and has been torturing college students in human communication and public speaking ever since. She is currently studying for her Ph.D. in English Language and Applied Linguistics with the University of Birmingham – UK.
Professional Speaker Topics
Public Speaking Skills
Effectively Managing Anxiety & Nervousness
Interpersonal Communication Skills
How to "Do College" - Tips for the Young and Old
Ethics & Communication
The First Amendment
Favorite Quote or Personal Motto

"Jump and the net will appear." ~Zen saying