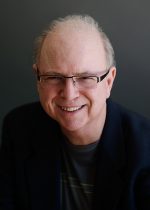 Genre
Authors
Most Recent Book Title
Troubled Mission: Fighting For Love, Spirituality, and Human Rights in Violence-Ridden Peru
Book Description
What happens when a successful US attorney abandons his law practice to join a religious organization and travel to Peru to fight for human rights in the midst of a culture of violence and terror?

Not what he thought.

In this sometimes romantic, sometimes terrifying, sometimes ironic, always inspiring memoir, John Wagner tells the compelling of his quest for love, spirituality, and the struggle against injustice and oppression in a country not his own and within an organization where he had no idea whom he could trust.

Wagner draws the reader into why he would even think of making such a change and then, step by step, into confronting the numerous obstacles he had to face—from within himself, within his own organization, and from Peruvian military and political forces.

Through it all, Wagner reveals his inner struggles, including coming to grips with a new language, a new culture, a lower station in life, and an effort to find and nurture the "true self" beneath the numerous "external selves" we all put on. Finally, he stumbles into what would a landmark case, stopping the Peruvian government in its tracks from going after human rights lawyers.

Ultimately, Troubled Mission is the very human story of the quest for transformation, failure, and redemption.
Website #1
http://johnpwagner.com
Blog
http://johnpwagner.com
Location (city/state/country)
Sacramento, California USA
Professional Speaker Topics
* Personal Transformation
* Living The Life You Want, Or Maybe The Life You Didn't Know You Wanted
* The Power of Change
* Not living As A Victim
* Do it Anyway!
Favorite Quote or Personal Motto

"Look out kid/ They keep it all hid" Bob Dylan

"I beg you, I beseech you, i order you in the name of God: Stop the repression!" Oscar Romero