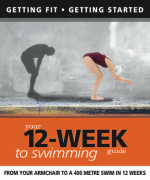 A lifetime fitness enthusiast, Adam suffered two massive brain seizures in 2003 and was left permanently disabled. In spite of this setback, he took up triathlon and began entering races, competing in Ironman UK in 2007. He co-authored Triathlon - Serious About Your Sport which was published by New Holland in May 2012. Two more titles on Swimming and Cycling were published in March 2013.

Adam has also written a book on mental health - a survivors guide to bipolar, which will be published in late Summer 2013.
Professional Speaker Topics
Writing non-fiction
Self publishing
Motivation
Training programmes
Favorite Quote or Personal Motto