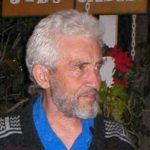 Genre
Authors
Most Recent Book Title
Hidden Dangers
Book Description
Former New York Times bureau chief Alan Riding calls Mexico “our distant neighbor.” Distant or not, the neighbor is undergoing economic and political changes that “lie like landmines ready to explode beneath Uncle Sam’s footsteps,” comments a noted Mexican journalist. These landmines include:
• Migration, legal and illegal, exacerbated by profound differences in earnings in the two countries, a rapidly expanding labor pool and more aggressive deportation procedures on the part of U.S. Homeland Security;
• Intrusion by drug cartels into economic and political activities south of the border that include assassinations, payoffs and escalating drug use in Mexico itself;
• Grass roots political movements opposed to globalization, centralized government and unequal distribution of wealth that are being repressed, often violently, by Mexican political forces;
• Government corruption and the failure to invest oil profits in infrastructure, debilitating the industry and putting most of the country’s wealth in the hands of a few politically connected individuals;
• Environmental disasters and the collapse of self-sustaining agriculture have created wastelands, polluted major waterways and triggered rural-to-urban migrations.
Although Mexico’s economy has produced some of the world’s richest individuals, three-fourths of the population lives into poverty, much of it extreme. One-time self-sustaining coffee, corn and poultry producing communities have become ghost towns. Twelve percent of Mexico’s economically active population works in the United States, an estimated seven million of them illegally. The money they send back to Mexico exceeds $23 billion dollars a year, only slightly less than provided by oil exportations. The country’s president, Felipe Calderón, sidled into office after obtaining slightly over one-third of the national vote in an election tainted by widespread allegations of fraud. Drug cartel-connected murders have become everyday events and unsolved feminicides number in the thousands.
Hidden Dangers delves beneath the surface to describe and analyze these landmines that threaten the economies and social and political well-being of “distant neighbors” whose futures inextricable are joined.

Additional Book Titles
Monkey Screams
Where Gringos Don't Belong
A Perfect Throw
Running Out the Hurt
Blood of the Serpent
Why Immigrants Come to America
Miss Sally
Website #1
http://www.robertjoestout.weebly.com
Blog
http://www.mexicoconamor.wordpress.com
Amazon Page
http://www.amazon.com/Robert-Joe-Stout/e/B001IZ2OGO/ref=sr
LinkedIn
http://mx.linkedin.com/pub/bob-stout/4/534/742/en
Facebook
https://www.facebook.com/robert.stout.522
Twitter
http://@robertjoestout
Location (city/state/country)
Oaxaca, Oaxaca, Mexico
Author bio
Author and journalist. Previous books about Mexico include Hidden Dangers, The Blood of the Serpent: Mexican Lives and Why Immigrants Come to America in addition to articles, reports, essays and creative nonfiction in dozens of print and online publications including The American Scholar, America, Open Democracy and New Politics among many others. He has served on human rights delegations, the board of directors of asilos de ancianos and the editorial staffs of newspapers and magazines.
A graduate of Mexico City College (now the Universidad de las Americas) he has won national journalism awards for news writing. Other books that he’s authored include the novels Miss Sally, Running Out the Hurt and Where Gringos Don’t Belong and two volumes of poetry A Perfect Throw and Monkey Screams. He currently lives in Oaxaca, Mexico.

"Don't Think, You're Hurting the Team!"