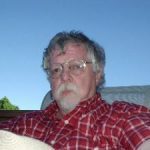 Genre
Authors
Most Recent Book Title
The Hogs of Cold Harbor
Book Description
Gory, terrifying, historically accurate, impeccably detailed, and absolutely true account of Rebel soldier's experience during America's Civil War. He survives thirteen battles in four major campaigns under Generals George Pickett and William Longstreet. Yet, our soldier's worst fear is not of being shot but of the smart, ruthless wild hogs stalking both armies. He can see them on the mountains, in the thickets, at the edge of the woods, waiting patiently to eat the faces of the dead and wounded after darkness has covered the battlefields. Hess' actual diary is included as an appendix, along with a complete bibliography. ENDORSED BY NORMAN MAILER (author of "The Naked and the Dead): This book is a discovery. It gave me so close a sense of what it was like to be a Confederate soldier in the Civil War that I began to think of my own army experience. Old fears, old excitements, even memories of my old equipment, and with it all, vivid as the sound of gunfire, came the smell of battle in the air of the book. I loved reading 'The Hogs of Cold Harbor'. I was in the Civil War on the Southern side. That is no small education for a Northerner like me." -- Norman Mailer
Additional Book Titles
"Appalachian Genesis": History of Virginia's Bloody Clinch River Valley, 2000, hardback, Overmountain Press, ISBN 1-57072-088-6