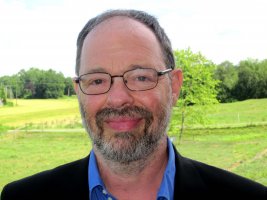 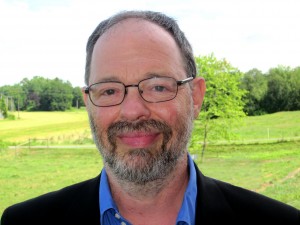 Book Titles: Guerrilla Marketing to Heal the World (my 10th), Grassroots Marketing for Authors and Publishers

For more than 40 years, I’ve been both a marketer and an environmental/social justice activist. In 2000, I founded and led a community group that successfully blocked a massive housing development planned for a local mountain. With that victory, I saw that both the marketing and activist sides were essential to defeating the bulldozers, and I began actively and consciously braiding these two passions together. This led first to a commitment to the idea that business ethics could be a success strategy, and, second, to my book Principled Profit (2003). In 2010, I expanded to look more closely at going green as a success path, and published Guerrilla Marketing Goes Green. Over the past two years, I grew the vision even more—to prove that enlightened self-interest (aka the profit motive) can inspire business to create products and services that actually turn hunger and poverty into sufficiency, war into peace, and catastrophic climate change into planetary balance.

Typically, I will have several projects going at once, both for my clients and myself. My day starts around 6 a.m. and goes to 10 or 10:30 at night, but there are lots of interruptions. I usually work in short bursts, 30 to 60 minutes (or somewhat longer if a client is sitting in the office). So I might do two of those shifts on different client projects, and two on my own during the course of a day. It’s also not unusual for me to have a phone or in-person meeting with a colleague, or attend a networking meeting. I might listen to a webinar or two while doing my own work (never during client projects, though). On breaks, I walk or bike (I aim for two hours of exercise every day), pick at the newspaper crossword puzzle, read, cook…

I have to give you a double answer: one from the altruistic part and one from the egoistic part. The social-change-agent in me loves the way I’ve already made a difference in the world and will likely continue to do so. I want to be known as a leader in the conversion of our economy from negative to positive ends.

The more self-centered part of me is just thrilled that people will actually pay me to speak, write, and consult on topics that I’m passionate about. I don’t have to lift heavy objects or work near toxic chemicals or punch a timeclock; I’m able to make a decent living doing fun things that make the world better, and do most of it from my beautiful antique farmhouse with a spectacular view of the farm and the mountain behind it.

What is your latest book about?

Superficially, Guerrilla Marketing to Heal the World appears to be a business book about marketing for socially conscious and environmentally friendly businesses. But that’s only the top layer. Dig deeper and you’ll find something that could transform society and the planet.

For the first time in human history, we can actually see our way out from under social problems that have plagued our species since the beginning of time (hunger, poverty, war), as well as the more recent, human-influenced slide toward climate disaster. We shouldn’t put up with either human or planetary catastrophe anymore, because we know how to solve or drastically reduce all of these problems.

The problem is, we’ve been going about it all wrong. We’ve tried to address these problems through guilt and shame—and that doesn’t work very well. I am convinced that we’ll have a lot more luck showing businesses that solving these can be a profitable part of their core DNA, reflected in their products, services, and policies, the change will happen—and FAST. We have the most informed consumer base in history, and increasingly, those consumers demand to patronize forward-thinking companies whose whole existence is based on transforming the world. It is actually easier to do well by doing good!

This is a book I’d always wanted to write, but didn’t yet feel ready to do so. I feel that one of the reasons I’m on this planet is to spread this message. But I’d thought I needed a bigger platform, greater influence—all those barriers we put in our own way!

In the fall of 2013, I began working with a gifted business coach, Oshana Himot. The more I worked with her, the more this vision tried to get out of the cage I’d locked it in. By the end of that year, right around the time I turned 57, I was able to see that I was now ready to do this work. I spent two years retooling my business, writing (and signing a publisher for) the new book, delivering the first few “Impossible Is a Dare” talks (starting with a TEDx in May 2014), putting up two new websites: http://impactwithprofit.com for entrepreneurs, and http://goingbeyondsustainability.com for a corporate audience.

And now the book is done, I’ve given the talk several times, the websites are up and running, and I am READY! If all goes well, the book will create the bigger platform, rather than the other way around. Healing the world by changing the whole way business is done is by far the biggest thing I’ve ever attempted—and obviously, it will involve lots and lots of other people. One of the points I make in the book is that we can accomplish a lot more by collaborating and cross-fertilizing than by hiding in our own silos.

It depends a lot on what I’m writing. When I do a nonfiction book, I’m thinking about the point I want to make, and then scurrying off to the web to back up my point with evidence. It’s very free-form and I often don’t know the next thing I’ll be writing about until I’ve finished the one before it. When I write a short marketing piece, like a press release or book cover, I spend time with the client’s book, mentally sift through the possible hooks, pick one, pass it by the client if I think it might be controversial, and then run with it. When I ghostwrite a book, I tend to follow the client’s outline or rough draft. And when I write a poem, I usually dash it off in one quick sitting.

Whatever I write, I revise a lot and I would keep revising indefinitely if I allowed myself. Whenever I look at one of my published books, I see room for improvement.

My writing style, though, does have an overall pattern. Typically, I’ll write for 20 or 30 minutes, walk to a different room, look out the window, pour a cup of tea, then do it again. And then I go away for a while and do something entirely different.

What steps can ordinary business people take to start addressing global issues? And how do they turn those initiatives into profit?

Then do an audit of your existing products and services. Look for places where your company’s existing products, services, and skills could address several of these problems at once. Create and market these in effective and profitable ways. (I can help with that.)

Look for inspiring examples, such as the companies that make inexpensive but profitable solar-powered LED lanterns (at least three companies are making these) that eliminate kerosene’s toxic fumes and deadly fires. Fund the purchase out of a household’s existing kerosene budget and provide better light, enabling the kids to get better grades and the parents to take on a cottage industry—ladders out of poverty.

If a business is already involved in an effort to heal the world, do you have resources to help?

Absolutely! I can help at many stages along the way: product and service brainstorming, initiating and exploring partnerships, creative thinking about how to move forward (for instance, getting your charity partners involved in marketing for you), product naming, and a number of low-cost, high-return ways to market these. And that’s just for starters. If it’s appropriate, I can even help put together a book about the project. Of course, I also have resources for do-it-yourselfers, including the book.

The first time I did something to deliberately and consciously change the world, I was only three years old.  My parents had a party. I went around the tables, quietly destroying cigarettes—not out of malice but because even at three, I didn’t want people smoking in my house.

Building a consulting and speaking practice that helps companies large and small take ownership of their power to heal the world through their core business identity and the products/services they develop to support that identity. I figure on working for another 12 to 15 years, and then cutting back in my mid-70’s (but probably not stop entirely), assuming my health holds up.

My life is full of blessings, one of which is the knowledge that any of us has the power to make great change. I’m always grateful for the decision I made in my 20’s to have a happy life. I am happiest when I’m making a difference in the world (I actually think that’s an innate human drive, just like food or sex)—so this work is a nice consequence of that excellent decision. I feel that at age 59, I finally know what I want to do when I grow up. 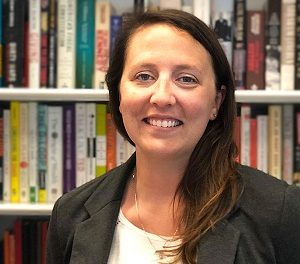 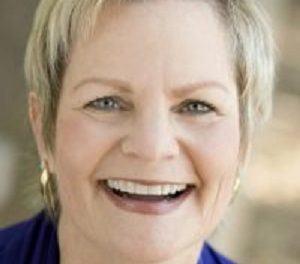 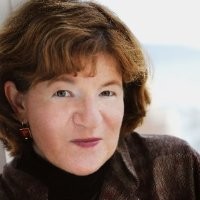 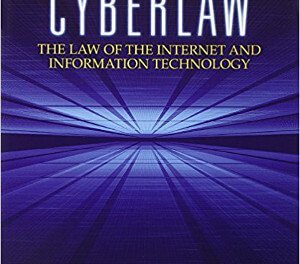 Member of the Week: Brian Craig, Author of Cyberlaw: The Law of the Internet and Information Technology