Fair Use – When Can I Use Third-Party Text? by Joseph Perry 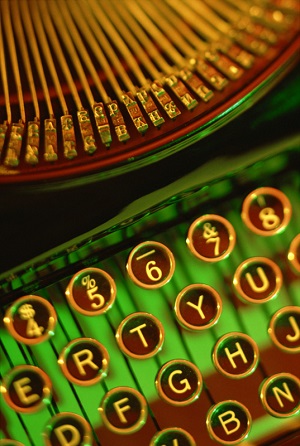 If you have written or are writing a nonfiction book, you likely have come across text belonging to a third party and have asked yourself: “Can I use it?” 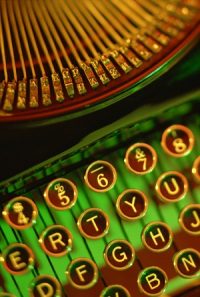 If you obtain permission from the third party to use the text (or if it’s in the public domain), then of course you can use it. But what if you don’t ask for permission? Do you have any defenses to a copyright infringement lawsuit? One such defense is if your use is a fair use. While not a substitute for legal advice, below is information to give you a better understanding of the fair use doctrine and how that may apply to your nonfiction project.

When analyzing whether your use is a fair use, the first place to look is the Copyright Act of 1976. Specifically, you should review the fair use statute, 17 U.S.C. § 107, which says:

“Notwithstanding the provisions of sections 106 and 106A, the fair use of a copyrighted work, including such use by reproduction in copies or phonorecords or by any other means specified by that section, for purposes such as criticism, comment, news reporting, teaching (including multiple copies for classroom use), scholarship, or research, is not an infringement of copyright. In determining whether the use made of a work in any particular case is a fair use the factors to be considered shall include—

(1) the purpose and character of the use, including whether such use is of a commercial nature or is for nonprofit educational purposes;

(2) the nature of the copyrighted work;

(3) the amount and substantiality of the portion used in relation to the copyrighted work as a whole; and

(4) the effect of the use upon the potential market for or value of the copyrighted work.

The fact that a work is unpublished shall not itself bar a finding of fair use if such finding is made upon consideration of all the above factors.”

After reading the statute, there are a few things to take away. First, the statute’s preamble lists certain types of uses that may qualify as fair uses, such as criticism, commentary, news reporting, nonprofit educational uses, scholarship, and research. These uses will not automatically be deemed fair uses because each use must be balanced against the four factors in the statute to determine whether your use is a fair use.

Second, you will see that judges use the four factors listed above to determine whether a use is fair. Please keep in mind, however, that these factors are merely guidelines, and decisions are made on a case-by-case basis. This means there is no set formula or bar to determine if your use is fair (for example, believing that only using a certain percentage of a work is okay is a common misconception), and therefore it is difficult to predict whether a court would deem if your use is fair.

Let’s look at each factor to give you a better understanding of what courts analyze when reviewing a fair use defense.

Factor 1: The Purpose and Character of Your Use

Examples of transformative use are scholarship, news reporting, and criticism because they are likely commenting on and analyzing third-party text. A good example of transformative use in the nonfiction context is in Wright v. Warner Books, Inc., 953 F.2d 731 (2d. Cir. 1991). In Wright, Margaret Walker wrote an unauthorized biography of author Richard Wright. Walker’s biography paraphrased and quoted from Wright’s various unpublished works, such as letters and journal entries. Wright’s widow, Ellen Wright, sued Warner Books for copyright infringement and breach of contract. The Second Circuit stated that Walker’s work was transformative because her biography was scholarly, and her analytic research added value to Wright’s original works and furthered the goals of copyright law. Walker’s biography was eventually deemed a fair use.

Factor 2: The Nature of the Copyrighted Work

Factor two looks at whether the third-party text you are copying from is factual or fiction. Courts tend to favor copying from factual works because disseminating facts benefits the public.

In addition, courts review whether the third-party text is published or unpublished. If you use third-party text from an unpublished work, you may infringe on that author’s publication right under 17 U.S.C. § 106 (that is, an author’s right to determine where and when the work will be made public). This was an issue in Salinger v. Random House, 811 F.2d 90 (2d. Cir. 1987). In Salinger, a biographer paraphrased large portions of unpublished letters by author J.D. Salinger. Salinger never authorized their reproduction, although they were available to read at a university library. The Second Circuit held in favor of Salinger, partly because Salinger had the right to control where his work was published and whether to not publish at all.

Salinger was criticized because it seemed to create a rule that using unpublished copyrighted material could never be deemed a fair use. As a result, Congress amended Section 107 to state “The fact that a work is unpublished shall not itself bar a finding of fair use if such finding is made upon consideration of all the above factors” (that is, the four fair use factors). For the full text of Section 107, see the Fair Use Statute section above.

Factor 3: The Amount and Substantiality of the Portion Taken

Factor three looks at the quantity and quality of the third-party text you have taken.  The less you take, the better. However, even if you take a small portion, your use may not be fair if the portion you copied is from the “heart of the work.”

A famous example of this is seen in the Supreme Court case Harper and Row v. Nation Enterprises, 471 US 539 (1985). In Harper, President Gerald Ford contracted with Harper and Row to publish his memoirs. Harper and Row then negotiated a prepublication agreement with Time to excerpt a portion of Ford’s pardon of President Nixon. However, before Time released its article, an unauthorized source provided The Nation with Ford’s unpublished manuscript, and The Nation published approximately 300-400 words of quotes from Ford’s manuscript without his permission. Time withdrew its contract, and Harper and Row sued The Nation for copyright infringement.  The Supreme Court said that although the amount taken was small (300-400 words), the portion excerpted was from the “heart of the work,” (that is, the most interesting and moving parts of the work), so the taking was qualitatively substantial. The Nation’s use was eventually deemed not a fair use.

Factor 4: The Effect of the Use Upon the Potential Market

Factor four weighs whether your use deprives the copyright owner of any income (a direct market substitute) or weakens any potential markets for the copyrighted work (for example, licensing markets). A good example in the book publishing context is seen in Castle Rock Entertainment, Inc. v. Carol Publ. Group, 150 F.3d 132 (2d Cir. 1998). The Second Circuit ruled against a company that published a book about Seinfeld trivia questions without permission partly because the book affected the copyright owner’s right to make derivative works, such as a Seinfeld trivia book.

As mentioned before, the four factors are simply guidelines, and courts can weigh other factors in making their decisions. For example, some courts look at whether the alleged infringer acted in bad faith, which can weigh against a finding of fair use. This occurred in the Harper and Row case stated above, where the court felt that The Nation acted in bad faith when it obtained President Ford’s unauthorized manuscript and “scooped” Time, eventually ruling against The Nation.

Please note that a common misconception is that simply acknowledging a source is enough to use a copyrighted work. That is not the case. If you use a copyrighted work without permission, you are still subject to a potential copyright infringement suit, even if you do acknowledge your source. Lack of credit may weigh against finding a fair use, but giving credit won’t automatically deem your use to be a fair use.

As you can see, fair use is a tricky doctrine, so if you think your use may be a fair use, consult a copyright law attorney familiar with the fair use doctrine.

Disclaimer: The article is for informational purposes only and is not intended to constitute legal advice. Parties seeking legal advice should consult with legal counsel familiar with their particular circumstances.

Joseph Perry is a publishing law and music law attorney at The Law Offices of Joseph J. Perry P.C in Rye Brook, NY. He is authorized to practice law in the State of New York, and his website is www.josephperrylaw.com.

Did you know that Authority and VIP members of the Nonfiction Authors Association have access to free legal agreements and other templates? Members, login and visit your member home page for access.

Not a member yet? Join us here! 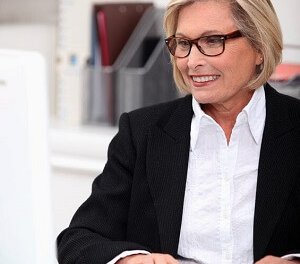 Online PR: How to Locate and Pitch Internet Media Sources 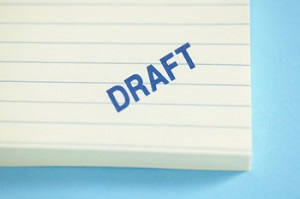 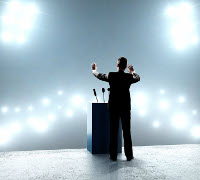 How to Break Into Professional Speaking 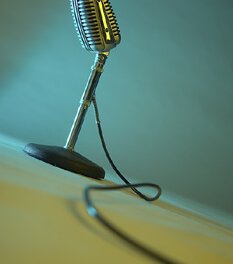 Preparing for Radio Interviews: What to Provide the Host Before You’re On-Air