Getting the Right Cover for Your Book by Cathi Stevenson

No matter what route you take to publish, your book cover will be your main advertising tool—and it has to work at thumbnail.

While big publishing houses have input from teams of designers, sales staff, editors and project managers, many indie publishers are filling some or all of these roles themselves. Even if you have hired professionals, and I strongly recommend you do, you’re still the project manager, and service providers, including your cover designer, will do things the way you want them done. That’s why maintaining your objectivity is important and research is essential.

If you want to sell books then you have to be prepared to make decisions and choices that aren’t necessarily reflective of your tastes, or even your desires, but are what’s best for your project. For instance, your favorite script font is probably not a good choice for a book on mutual funds. If you love soft pale colours, you might have to compromise and make the book title darker and/or brighter so it can be read at thumbnail.

One of the biggest issues I see on self-published books is image desperation. This happens when the author/publisher/project manager has their heart set on a particular image and when can’t be found, they “make do.” Rather than putting low resolution clip art on your cover, or trying to piece together elements to look like a scene (that doesn’t fool anyone), go with a text-only cover. Plenty of text-only book covers make it to the best sellers’ lists, especially for nonfiction. Make sure you’re creating a book readers want to buy (if your goal is sales), and not sacrificing it in the name of an unrealistic vision.

If you don’t have the time or desire to do market research, then hire a cover designer who will. There’s no sense paying for an elaborate illustration that readers won’t understand or associate with your subject matter. The tip I share with clients is to study the best sellers’ lists. The New York Times’ lists are the most revered. These books are usually produced by publishers with big budgets. They’re setting the trends and their design choices have been backed up with actual sales. That’s not to say you can’t be a trendsetter. Maybe a hot pink cover on a finance book is just what the market needs, but since missteps cost money, smaller publishing houses and indie publishers tend to be a bit conservative.

Grab a coffee and spend a few hours looking for cover trends, such as:

• Particular colors
• Symmetry
• Lack of symmetry
• Hand written titles
• 1970’s-style typefaces
• Imagery themes (remember the legs and the big red dots that were so popular a few years ago on women’s literature?)
• Author name position
• Mixed media covers (those that include both illustration and photography)

The most important element on a book cover that works at thumbnail is readability. Color, contrast, and font choice are your best tools for success in this area.

Avoid color combinations that cause “visual vibration.” Visual vibration happens when two bright colors intersect: red on dark blue, aqua on orange, pink on bright blues, etc.. The result is very difficult to read or even look at.

You also have to consider contrast. For instance, light gray on white will be difficult to discern. Brighter combinations might cause glare on a screen.
Font choice is another major factor in the success of a book cover. Your font needs to be clear and readable, and spaced well for aging eyes. More than 90 percent of the population will need reading glasses after age 40. This is often due to a natural hardening of the eye’s lens called presbyopia. Even if your book is targeting children who won’t likely be affected by such problems, parent and grandparents will still be amongst your potential customers.

What fonts work best for people who might have vision issues?

According to The Americans with Disabilities Act (ADA) the best font choice for signs is a sans serif font with a body width that’s 60 percent of the height, and a stroke width that’s 10 percent to 20 percent as wide as the height. I think it’s safe to generalize this to book covers.

Thin strokes of varying width are particularly problematic. The ADA notes Garamond Semibold and Century Schoolbook as being relatively good choices for serif fonts; Bodini Book less so. For some fonts, it’s just one or two glyphs that cause the problem. Things like counter forms (the enclosed areas in letters such as e and a) can be quite small and “fill in” when read by someone with less than perfect vision. How do you test for this? Simply pop your book cover image into a graphics’ program like Photoshop and blur it a little. Do portions of the letters disappear or become difficult to see? Does it have an impact on your ability to read the title? Keep in mind, nothing is going to be perfect and sometimes you might have to give up a bit in one area for the sake of a strong overall design.

Cathi Stevenson owns BookCoverExpress.com, an award-winning book design business that has been in operation since Dec., 1999. Since opening, she has created about 2,500 book covers for indie authors, self-publishers, small presses, university presses, larger publishing companies, life coaches, business professionals, corporations…you name it. Nonfiction book cover design is her specialty, but she also designs fiction book covers. In fact, one of her fiction covers was recently seen face-out on the shelves at a Barnes and Noble. Book Cover Express clients have been featured in numerous high-profile media sources including Oprah, 48-Hours, People Magazine and the Today show. 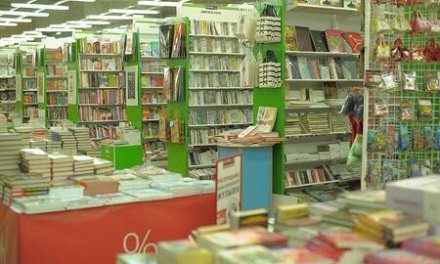 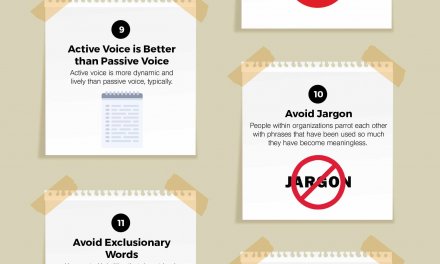 What TED Can Teach You about Professional Speaking 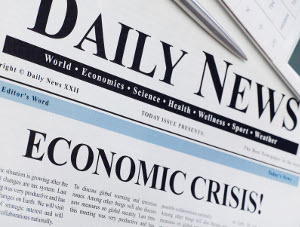 How to Turn Publicity into Profits, Part One: Writing Attention-Grabbing Headlines By Brian Jud