Member of the Week: Geri Walton, Author of Marie Antoinette’s Confidante: The Rise and Fall of the Princesse de Lamballe

Marie Antoinette has always fascinated readers worldwide. Yet perhaps no one knew her better than one of her closest confidantes, Marie Thérèse, the Princesse de Lamballe. The Princesse became superintendent of the Queen’s household in 1774, and through her relationship with Marie Antoinette, a unique perspective of the lavishness and daily intrigue at Versailles is exposed.

Born into the famous House of Savoy in Turin, Italy, Marie Thérèse was married at the age of seventeen to the Prince de Lamballe, heir to one of the richest fortunes in France. He transported her to the gold-leafed and glittering chandeliered halls of the Château de Versailles, where she soon found herself immersed in the political and sexual scandals that surrounded the royal court. As the plotters and planners of Versailles sought, at all costs, to gain the favor of Louis XVI and his Queen, the Princesse de Lamballe was there to witness it all.

This book reveals the Princesse de Lamballe’s version of these events and is based on a wide variety of historical sources, helping to capture the waning days and grisly demise of the French monarchy. The story immerses you in a world of titillating sexual rumors, bloodthirsty revolutionaries, and hair-raising escape attempts and is a must-read for anyone interested in Marie Antoinette, the origins of the French Revolution, or life in the late 18th century.

I am fascinated by the 1700s and 1800s and learned about the Princesse de Lamballe while researching articles on France. What interested me about her was her relationship with Queen Marie Antoinette, how it came about, how it grew into a deep and lasting friendship, and why she was willing to sacrifice everything for the Queen.

I write faithfully every day and do it from my comfy recliner. I essentially start by writing a mini story about a person or event, and then expand and enhance the material as I go by conducting in-depth research. Often this in-depth research is too detailed and overwhelming for inclusion in a book, but I need to know it well in order to write something general. However, the in-depth research is not wasted as it makes a good blog post, and I’m happy to leverage it and have it benefit me in two ways.

I graduated summa cum laude from San Jose State University in history and decided one day to start a history blog. History had always fascinated me, and I wanted to share what I learned with my readers. I also made friends with other writers and we began to forge friendships and share each other’s work on Twitter, Google+, and Facebook. These friends also asked me to write guest posts, and I reciprocated by asking them to write guest posts too. This reciprocity helped me attract new readers and acquire faithful followers. One other key element was that I was consistent in posting new content on my website, which helped to give visitors plenty to read. My friendships, reciprocity, and consistency helped me succeed. Although initially I had no plan to write I book, I did have a feeling that something big might happen with my blog. About a year a half after I started it, a publisher contacted me and after submitting several ideas and some drafts, I obtained a contract to publish a history book.

I like writing and crafting a story, but I also like the research behind it. For instance, my latest book had me traveling to London and visiting Madame Tussaud’s Museum, the British Library, and Kensington Palace. It’s always interesting to learn something you didn’t know, and I love sharing something new that I’ve discovered with my readers. 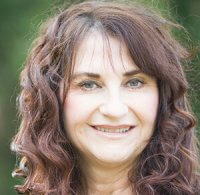 I’m inspired by anyone who doesn’t give up and keeps plugging along every day. I once read a quote that went something like this: “It is not always the best and brightest who succeeds but rather the person who doesn’t give up.” I try to make that my daily motto, and it does help me when I get discouraged.

I have three books in the works. My first book is due to be released in late 2018 or early 2019 and is about the life and legacy of the famous wax sculptress Madame Tussaud. The next book is about the contentious relationship between Napoleon Bonaparte and a French socialite (2020), and the third book is about one of Jane Austen’s outlandish relatives (2021).

I have always loved to listen to the stories that my grandfather and dad told me about their youth and about my ancestors. It was captivating to learn about an ancestor who came over on the Mayflower and became the first person sentenced to death in America. It was also interesting to learn how my grandfather made elk calls and once found himself face-to-face with a cornered and frightened 700-pound elk. I even heard a humorous story about how my grandmother thought it was raining when it fact it was my dad and his brother peeing off the roof. This love for stories turned into a love for history, and because history is nothing more than a compilation of stories, I was able to learn about the triumphs and failures of people from the past. I’m hoping that those who read my books will find something that not only entertains them but also helps them learn from the past, so that they can build a better life and a brighter future. 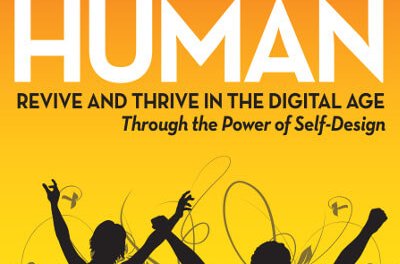 Member of the Week: Jenifer Joy Madden, Author of How to Be a Durable Human: Revive and Thrive in the Digital Age Through the Power of Self-Design 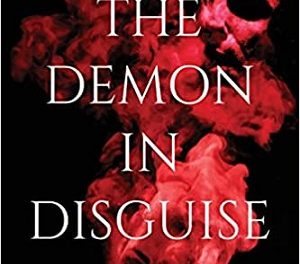 Meet the Members & Their Books August 2022 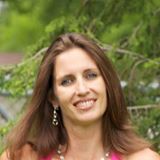 Interview with Sarah Burleton, author of Why Me, What It Is, Why Them, Why Her, Anorexic Annie