Member of the Week: Mark E. Green, Author of STEP OUT, STEP UP: Lessons From a Lifetime of Transitions and Military Service 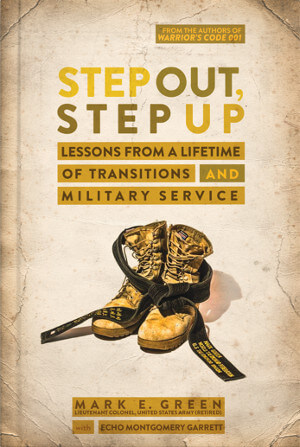 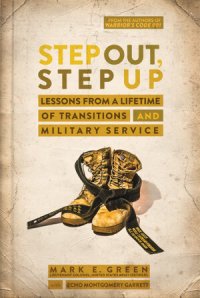 Book Title:
STEP OUT, STEP UP: Lessons From a Lifetime of Transitions and Military Service

Your book’s Amazon purchase link:
STEP OUT, STEP UP Lessons From a Lifetime of Transitions and Military Service

Growing up in poverty in rural Missouri, the oldest boy of six children with a single mom, I started down the wrong path. After a high school prank gone bad on Senior Skip Day, I wasn’t allowed to graduate and unwittingly wound up working for gypsies in Arkansas. Married by 21, I soon learned my wife was pregnant and enlisted in the Army. I served my country for thirty-four years (twenty-four in active duty). I was a member of the 82nd Airborne and “Soldier of the Year” for my battalion, as well as a pioneering member of the Army’s taekwondo team that went on to be recognized as the All Army Sports team that competes for the Olympics. I got my college degree and went on to become an officer, which was highly unlikely given where I came from. I served two tours as an Inspector General, including a deployment to Afghanistan, where I was responsible for that role in the southern half of the country. After sustaining a potentially career-ending hip injury during my last month of deployment, I had to learn to walk again. My memoir is about staying in the fight and giving hope to those who have suffered traumas.

When my mother became ill in Florida, my request for compassionate reassignment was denied. My wife and son relocated to Orlando, and I wound up separated from them yet again in South Atlanta where I was tasked as a Brigade Engineer at Ft. Gillem. All the stress and trauma from my deployment combined with what I went through as a kid came crashing in on me. I initially wrote my manuscript as therapy for myself. Then I showed it to a writer, and she helped me see that sharing my story could help other veterans and their families.

Through working with my co-author, I’ve learned to be vulnerable, because my mission is to help others have hope, no matter where they’ve come from. So I don’t hold back. I write and then she’ll ask questions to fill in details and any gaps.

Shortly after I started working with Echo, I realized the power that my story contains. I decided to dedicate the remainder of my life to inspiring hope, helping smooth transition, and improving resilience for my military brothers and sisters, veterans, and their families. I’ve spent the last three years preparing myself for that. We are close to finishing a companion book called WARRIOR’S CODE 001, which weaves part of my story along with those of other veterans with my 7 Steps to Remarkable Resilience. The book will be released in March, and we’re developing curriculum around the 7 R’s. I speak to groups about resilience and other leadership topics and got certified as a Jack Canfield Success Principles Coach.

Since retiring on Oct. 1, I’ve been devoted to taking care of my mom here in Orlando, Fla., and pouring myself into my company My Silver Boots, LLC, which is devoted to all aspects of health and wellness for veterans and their families. I also spend time with my wife Denise and our son Adam.

I love knowing that I’m giving back. I’ve gone from being in the service to of service to others.

Jack Canfield of Chicken Soup for the Soul; Brian Tracy; My Orange Duffel Bag: A Journey to Radical Change, which is how I found my co-author; Coach Bill Curry; and Lisa Sharkey, a HarperCollins executive who mentored me through the Army Partners program. 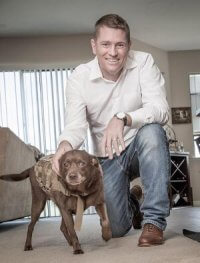 After being told I might not ever be able to be an athlete again after my hip replacement at age 48, I completed a triathlon with my wife within a year of my surgery. And a few weeks ago, I got a certificate confirming that I’d earned my 3rd degree black belt in taekwondo. That was right before I attended Kathy L. Murphy’s Pulpwood Queens Girlfriend Weekend as an invited author. She runs the largest meeting-and-discussing book club in the world with 700 chapters. Her theme was Bohemian Rhapsody, so I dressed like a hippie king, complete with a crown.

On June 30, we are putting on a big event called the Missouri VetFest, with a band, barbecue, games, golf and much more for 1,500 veterans and their families.

More than 250,000 soldiers leave the service each year. I spent 34 years in their combat boots, so I think I have a lot to offer in terms of encouragement. 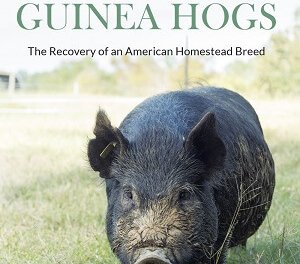 Member of the Week: Cathy R. Payne, author of Saving the Guinea Hogs: The Recovery of an American Homestead Breed 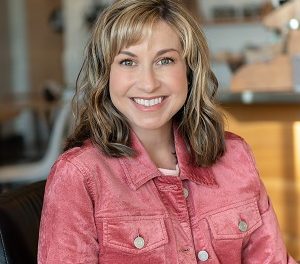 Why Selling Books Is so Hard: Author Marketing Report, Part 2