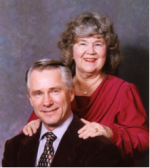 Genre
Authors
Services Offered
Teaching, Mentoring, Formatting
Most Recent Book Title
Charter of the Christian Faith
Book Description
Religion / Christian Theology / Apologetics
Additional Book Titles
Reflections on Life, Reflections on Faith & History
Website #1
http://www.genelinzey.com
Facebook
http://www.facebook.com/genelinzey
Location (city/state/country)
Siloam Springs, AR, USA
Author bio
Linzey has been in various aspects of Christian ministry since 1968. He received Character First!(R )training and founded Vision For Character, LLC in 2005 (now non-operational). He enjoys helping people understand life more completely, for our outlook on life will make the difference in how we interact with others and what we do in life.

Linzey has had a varied vocational background. In addition to being in bi-vocational ministry since 1968, he worked for twenty three years in the scientific arena, thirteen years in the aerospace industry; and in direct sales. He has written weekly question & answer columns for newspapers from 2001 through 2010, and has been writing his current series titled Reflections on Life since 2010. He has also written character-based articles for the scientific community.

His book Charter of the Christian Faith was published in May, 2021.

He and his wife, Carol, were married in August of 1966 and still enjoy traveling together. They have 5 grown children and 36 grandchildren (at last count).

You cannot help men permanently by doing for them what they could and should do for themselves.